The Scope of it.. 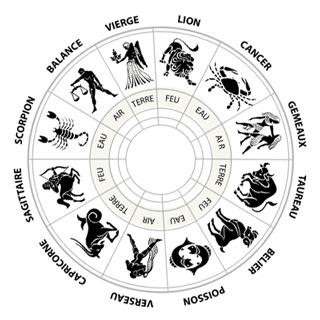 There are many scopes in existence that help humankind, viz., telescope, periscope, microscope, endoscope, even the kaleidoscope to name a few. Yet there is one scope specially designed by humans, the principal aim of which is the downfall of as many humans that believe in it. Its reputation is still growing strong even after all this scientific progress. It is the mighty HORRORSCOPE, er.. sorry, whoroscope, oops.. sorry sorry, the horoscope.

There are umpteen numbers of swamis who claim that they can talk to Jupiter in person and ask it to shift a few lakh kilometres so that it lands in an auspicious 'square '. Or to Saturn and request it to stop revolving for a year or so. These horoscopes are the idiot's answer to astronomical treatises. My argument is that there was once a fool, a man so completely bereft of brains that the entire village/town/city where he lived in ridiculed him. However he had one great ambition-to study astronomy. However, the study of astronomy required lot of grey matter inside the cranium and our friend did not possess even a gram of it. But he thought of a way. He began to borrow palm leaves from the students who had taken up astronomy and began to read them. Whenever he was caught doing that, he was teased. Yet he did not give up. But a little knowledge is a dangerous thing. With no one to explain gravity to him, he came up with his own answers. The planets and the stars were influencing us. They were influencing our lives. Voila, Eureka.. and so on. A new 'science' was born. Astrology-the study of the cosmos (with emphasis on the universe's influence on humans).

Overnight he founded an institution and imparted his new found knowledge to fool and idiot alike. It still persists today. People, even educated ones, believe that the planets and the stars influence us, as if they have no other work. They let the horoscope and its so called predictions run their lives. They consult it when they have to make important decisions. Yet when a truck is about to run them over, they do not consult it to see if its auspicious to jump out of harm's way. Is not that an important decision. Maybe the truck's licence number is lucky for them and will send them straight to heaven.

A person may never understand calculus, but he or she readily understands numerology - the study of numbers. No, this is not an offshoot of number theory. This has sprung from the loins of horoscope. It gave birth to many different idiotic beliefs. Perhaps no one gave it family planning advice. There is a gem of a theory-gemology. They examine your horoscope and advice you to buy a gem, viz., diamond, pearl depending on your sun sign or moon sign. Never knew that the sun and moon had signatures. Then there's another champion-nameology, the science of changing your name or choosing different name because it supposedly gives you good luck. Perhaps people would one day name themselves BIG SHIT, because its value is the lucky number 1. Please excuse me while I vomit.
Posted by Lord Voldemort's Musings... at 11:46 AM

wow....well said darklord!many idle people today who never want to use their brain and talents seek the astrologers to know about their future and life without knowing the fact that their life is in their hands in the form of hardwork and perseverance.But the worst part of it is that some of the political leaders also persisting it instead of perishing all these idiotic things.only GOD can save all those people.......