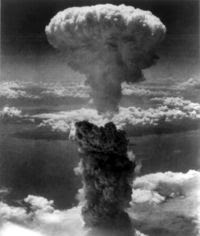 The Nuke deal is a small step toward energy security. As analysts have pointed out, India's energy security lies in eliminating transmission losses, increasing power generation capacity, and thrust in research and in our indigenous FBRs. At a time when the detractors of the deal (read the Left) are crying hoarse over the 'sellout' to the US, China has embarked on an ambitious project of establishing at least 39 reactors by 2050. And Pakistan is knocking at the doors of Capitol Hill demanding that it be given a deal on the same terms as India's 123. Surely Pakistan will not want a treaty that is bad?! Also, Pakistan and China are secretly trying to scuttle the deal. One wonders if the Left leaders have received instructions from Beijing. A B Bardhan has reportedly said that the US was trying to drive a wedge between India and China. Can someone please inform him that it is China which is illegally occupying about 120000 sqkms of Indian territory. Also, the two-facedness of the Left is clearly evident in Tamil Nadu.

When Minister of State for Railways, Mr. Velu, proposed to split the Palghat Division of the Southern Railways, tremendous opposition rose from the Leftist government in Thiruvananthapuram. No surprises there. But when all political parties in Tamil Nadu joined to protest, the Left was conspicuous by its absence. What is more, they even requested that there be no protests.

The nuke deal is a very sensitive one. As analysts have pointed out, it will accelerate India's nuclear programme. And the deal is a worked out compromise, not an outright compromise. Our negotiating team did a tremendous job. Kudos to them. Also this is not the last business we are going to have with the US. There are more deals in the offing. Let them not think that we are incapable of sinking our differences for a common good.
Posted by Lord Voldemort's Musings... at 11:28 AM